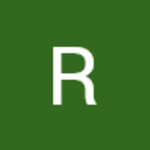 When I drag the flr2d file to the workspace, the import popup is displayed, but after a while a message about timeot exceeding pops up. Will Rive 2 be compatible with Rive 1? I’m sure that many people will want to migrate to the new platform and many artists have works from Rive 1, on which they have spent many days, it would be depressing if they remained obsolete.
If I understand correctly – user profiles from original Rive will also remain deprecated? Thanks!

A first version of importing Rive 1 files is planned for open beta. We are working on it.

Rive 2 is a totally new format with different features. Our goal is to make it as easy as possible to import Rive 1 files, though not everything will work initially.

Some things will need to be tweaked.

For example, draw order changed completely in Rive 2, so there will need to be some manual tweaking for Rive 1 files that use animated draw order.

Other things won’t work initially until we reach feature parity. For example, raster graphics from Rive 1 won’t import as Rive 2 is currently vector only.

We’re trying to focus on making a great product for real-time animation that can be deployed to all platforms, while at the same time working towards feature parity with Rive 1. We realize that Rive 1 users are caught in a tricky transitional moment, but if you bear with us, we think the benefits of Rive 2 will be worth it.

Great @Guido Rosso! Thanks for letting us know! 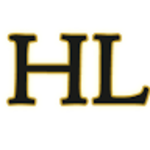 Sorry, Im new to Rive.
May I know how to show all the botton in the RIve editor?
Because I observe in the tutorial there are many buttons like Alignment buttons, Transform, and many other.. When I tried it, there are many lacking buttons, even the shapes has only 3.
Are the missing buttons not available on free accounts?

Thank you in advance to whoever will help me with this problem of mine.

Hey @Harry lingad I think you’re looking at the tutorials in YouTube under the Rive 1 playlist.

As mentioned above, Rive 2 is totally new from Rive 1 with different features. Not all the menu items in Rive 1 are available in Rive 2 yet. We’re working on getting to feature parity, but we’re also making sure Rive 2 is a better sytem and covers fundamental gaps that Rive 1 was missing.

New shape tools will be coming.

Align tools were de-prioritized to make sure we got a great snapping system first (which Rive 1 sorely missed). They will be coming in the future, feel free to vote on them here #51

Individual Transform tools are coming, but they are no long as necessary as they were in Rive 1, because the new Select tool in Rive 1 allows you to most of the same core functionality, but more efficiently.

Keep in mind Rive 2 is still early, we’re currently in a closed beta. You can help us prioritize features by voting on them here on this page. :)

@Guido Rosso .. Thanks man for your reply.. 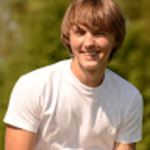 It makes sense to roll out a new version if it’s still raw ..
I can’t remember accessing my old account, and now I can’t edit the animation made in the first version … registration is closed, the situation is hopeless ..
can i get new access?(evg.domozhirov@gmail.com)

@Доможиров Евгений you should still be able to acces Rive 1, the login is still working.

All your Rive 1 files are still there.

We have released initial support for Rive 1 importing into Rive 2! Read more about the process in our Help Center: https://help.rive.app/getting-started/faq-1/importing-rive-1-files

Note that not all features are supported yet, there’s a list in the link above. Please test it out and let us know how it goes!

Changed the status to
In Progress
2 years ago 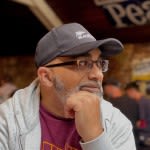 I’ve been attempting to import my flr2d files and athough some work, others do not. They get stuck ‘Uploading…’ the PNG files in the Assets panel.

What’s confusing is that the other ones that DO work, also have PNG files, so wondering why one would work and others do not?

In one case, I had one flr2d, with PNGs, import fine. As a test, I backed it up (.rev file), deleted it, and tried the same import again. This time those same PNG file assets are stuck ‘Uploading…’ as before.

So, it appears a bit hit and miss, even with the same file!

It would be great to get an idea of progress on this, as it’s now been 2 years. I have an app that I managed to update to Flutter 2, and had to resort to a fork of the original flare_flutter plugin to get things working and I’m now worried that I’m going to be in a serious technical debt. Redoing all the animations in Rive 2 is a tall order, as I have 14 full screen animations to convert.

This import feature/backward compatibility is a must. Something that I think should be prioritised.

I have a buttload of flr2d files if you need them to test the import/compatibility if you need.

So, I’ve managed to get this to work (of sorts!) with some more files, although it’s somewhat painful…

(1) Open the Editor and create a blank artboard (Doesn’t matter what size, as you’ll be deleting it, after importing your flr2d file).

(2) Drag and drop the flr2d file onto the editor and wait for it to say that it’s imported. This will create another Artboard called ‘Artboard’ which contains the imported heirachy/assets. The image files will still be ‘Uploading…’ in the Assets panel. Don’t worry about this just yet.

(3) Delete the Artboard that you created in step 1. Should be called ‘New Artboard’.

(5) Open the Editor again, and you’ll now see yellow chevrons where the images are supposed to be on the Artboard. Images are still ‘Uploading…’.

(6) In the heirarchy, select at least one of the image assets and hit the lock button and unlock it again.

(8) Open the Editor and lo and behold, the image assets have now been imported!

Don’t ask me how I got to this workaround, but it involed a LOT of clicking around!

Now, this doesn’t work on all the files, and I’ve also noticed that the blend modes have no effect. This is a shame, as my cloud images now have a lovely blank outline. Grrr… Any idea when the blend modes will be available for images? 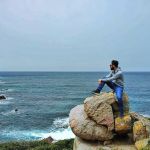 Thanks for the detailed update.

The current version of the importer doesn’t support all Flare features yet – images being one of them. This page in our help center highlights what’s currently working: https://help.rive.app/getting-started/faq-1/importing-rive-1-files

So, if you have a flr2d file with images you’ll have to re-import them separately, just as you’ve been doing.

Are you seeing any other supported feature not working? If so, could you share your flr2d file?

Thanks for the quick response!

I understand that the images support is still being worked on and did read through the docs previously. I was just confused/surprised when one file that I imported worked first time, hence why I went on this expedition of trying to import all my other files :)

Once you get this nailed, you’ll have a lot of happy Rive v1 users :)

In answer to your question, this is the only feature (and image blend modes!) that I’ve noticed so far.

I’ve attached a couple of flr2d files here in case you want to use them for testing. These files don’t import correctly at all - Tree animations with missing leaves!

5 months ago
Submit a Feature Request