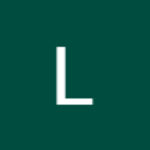 Often I have a few different animations I want to render together. I can easily preview this in the State Machine by giving each animation its own layer. Or, sometimes I want to play two animations one after the other. In the state machine, I just draw an arrow and that’s it. But since we can’t actually render the state machine, I have to spend a lot of time manually blending the two or more animations together, and fixing lots of keyframe issues.

This could instead be done with a state machine – with no inputs, events, or triggers. These types of state machines should be renderable by the Cloud Renderer. Obviously since these can go on forever, give users the option to specify how long to render the state machine for, with a reasonable cap to block super long animations.