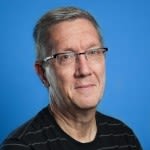 The UI in Rive pretty much forces scaling on you when, at least in the early stages of making my objects to animation, all I really want to do is resize.

I think it’s as simple as adding corner handles to the bounding box and letting me drag them. My guess is that this would go a long way in avoiding the weird artifacts I’m getting with effects like borders.

This could be a UI element you only get on paths (not nodes) as I expect that resizing a node has weird consequences (I’m guessing you ONLY want to scale nodes not resize?)

This might be a UI “Frame” you could get some milage out of, e.g. have editing Paths be slightly different from editing groups, different feedback, colors, handles. It would help reinforce this VERY unique concept that Rive has, treating Groups in ways that are very different from classic vector editors.

I guess what I’m saying is that the “Paths editor” needs to much more aligned with existing UI models for vector editing but you could ‘be Rive” for groups. That make sense?

Yep, here’s the planned design for this!